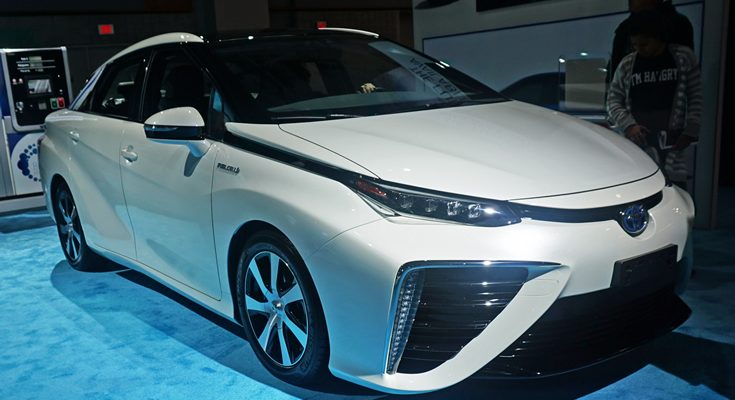 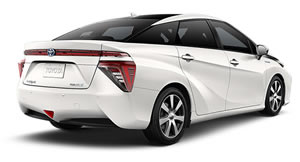 Introducing the 2018 Toyota Mirai, one of the newest blunder in the Toyota lineup, brought to you by the design team of the company also responsible for the demise of the once-awesome Toyota Prius.

Not sure what the thought is behind this archaic model design;  It gives me the impression that Toyota has just given up the “appeal” race against formidable competitors like Kia.

Key elements of the Toyota Mirai’s design are very much out of proportion.

Let me break this down for you.  The pictures shown below are a mix of the 2016 to 2018 Toyota Mirai models.

NOW FOR THE NITTY GRITTY!

The whole front looks to me like a big ‘ol Stormtrooper helmet!

The side actually looks decent.  big doors and windows give the impression of safety and roominess.  The part that looks awkward is where the top meets the trunk area, emphasized by the weird looking tail lights.

The wheels also look small compared to the size and height of the car, but that seems to be the norm for all of Toyota’s hybrid and electric vehicles.

And now… for the worst part of the car, the back, and the tail lights.  What is going on there?  Are we being punk’d?

Clearly, the only explanation for this disaster is the person designing this tail light missed a whole bunch of meetings with the overall car design team, drew something on his own without knowing what the rest of the car looks like, and then, just squeeeeeeeeezed this awful tail light onto the back of the car.  Completely ruins the whole area. 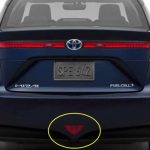 To end this section on a positive note, there’s a cool element that graces the middle of the rear bumper, and kudos to the designers for this nice finishing touch.

Dear Toyota, I’m a long time fan, and we’ve had many Toyotas in our family, but you’ve got to admit, this isn’t your best work.  The Mirai design takes Toyota’s reputable design capabilities back to the 1970’s, 1980’s with quirky styling in order to stand out;  Instead, it does the opposite.

My score is 2 out of 10, for at least having cool headlights.