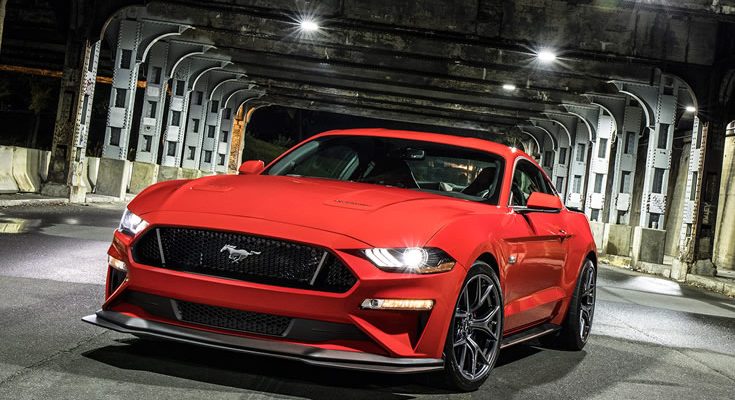 Seems like Ford Mustang design team likes to play with our emotions when it comes to mid-design-version aesthetic updates.  For the 2018 Ford Mustang, they’re at it again.

While the majority of the 2018 Mustang silhouette is still similar to the 2017 model (as expected), the major design changes are in the front.

To begin with, the awesome 2017 version of the headlight that made the Mustang stand out is, alas… gone: 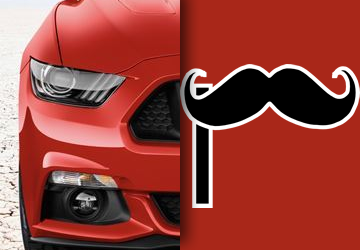 … a heartbreaking goodbye to the 4-angle headlight that reminded us of a French rolled-up mustache, with the edges pointing up 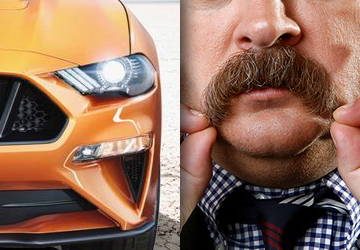 … a disappointing hello to the 7-angle headlight, with rounded and downward edges, that would make Ron Swanson proud 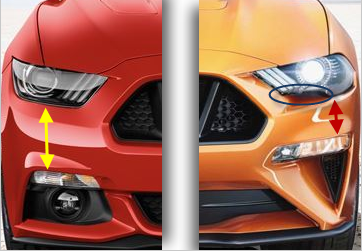 On the 2018 Ford Mustang, the fog light is raised higher in position compared to the 2017, which makes the front profile of the car seem squeezed and squished.

Having more space between the fog light and the headlight gave the 2017 Mustang a more “confident” look, beauty in simplicity, making the aggressive look of the headlight stand out and be highlighted as the most attractive feature of the car.

The 2018 model has an unexplained gap at the corner of the headlight close to the grill, and the upper “eyebrow” reaching all the way to the grill makes the headlight more submerged in the body of the car.  The combination of the 2018 Ford Mustang headlight and the close foglight makes the front profile look more and more like it’s other Ford siblings, such as the Ford Focus: you don’t want that for a Mustang!

Comparing the 2018 Ford Mustang to look-alikes from other brands, two cars jump at me instantly:

The 2018 Ford Mustang does have some changes to the back of the car, but the changes are very small to merit an elaboration 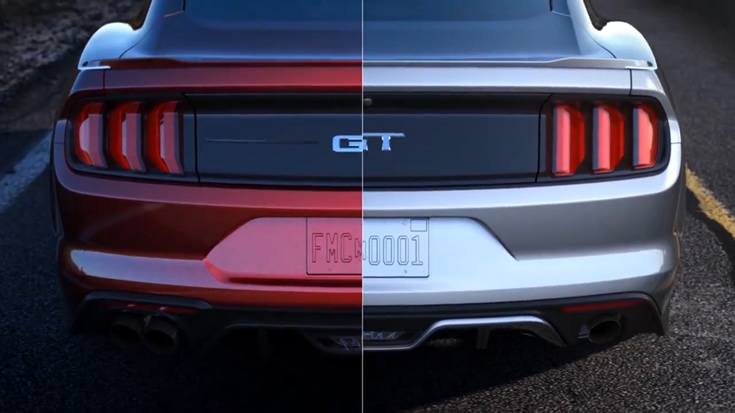 I’ve always been a Ford Mustang fan and will remain so.  If I hadn’t seen the 2017 design, the 2018 model would have been an ultimate favorite; So, it’s a matter of timing and perspective.

Overall, great design, and I’m sure it’ll grow on me, as all previous models and mid-model changes have.

One Comment on “2018 Ford Mustang: Playing with our Emotions”