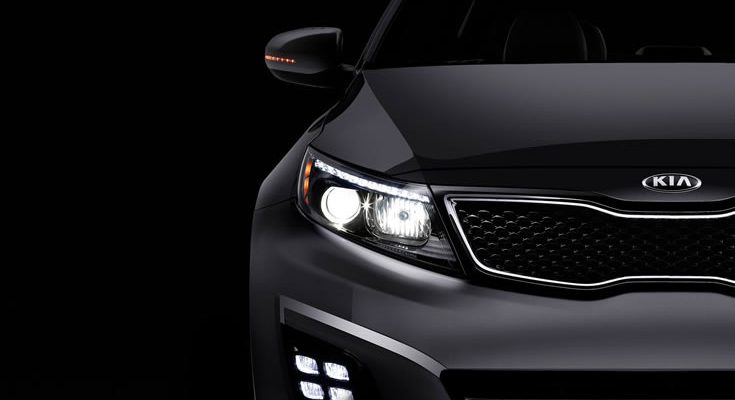 “WOW” was the first expression that came to mind when I first test drove the 2016 Kia Optima EX Hybrid.  The gracefully aggressive looking exterior is tamed by the luxurious and sporty interior.  A Double-WOW is experienced once you find out all the exciting features hardly mentioned at the dealership, and end up being a super-surprising experience once you find them out, by happenstance.

Now, for the Nitty Gritty of the 2016 Kia Optima EX Hybrid

The 2016 Kia Optima Hybrid has a very elegant, classy and equally mean and aggressive look.  Particularly the EX model with the piercing headlights, this Optima demands attention when it shows up in your rearview mirror.

Added to the recent versions of the 2011-2016 Optima body styles, the headlights are crowned by the upward curved LED Daylight running lights.  Just having those lights on alone make the car look even meaner, resembling frowning eyebrows.

The fog lights on the upper trims (EX / SX) add to the sportiness of the bumper, especially the ones with the 4 LED lights seen in the image.

When the redesigned Optima came to market, it caught everyone by surprise.  The boring collection of metal (pre-2011 Kia Optima models) transformed into the aggressive and sexy beast, thanks to Kia’s smart decisions to hire some kick-ass car designers.

One of the design elements that really struck a fancy and made the Kia Optima stand out was the curved tail light… at least that’s what made me notice the Kia Optima and develop a crush ( on the upper trims and the hybrids, to be specific)

Needless to say, I was sorely disappointed when, starting from the 2014 model, they filled in the gap left by the upward curve, which was the best part of the tail light.  However, the more I saw the new tail lights, especially at night lit with the LED lights, my love affair renewed (so much so that I ended up leasing a 2016 Kia Optima EX Hybrid!).

The interior of the 2016 Kia Optima Hybrid (EX) far exceeds many of its competitors, and even matches up with luxury brands in such as BMW, Lexus, Infinity.

The leather seats are inviting, sporty and comfortable.  The middle armrest is wide and big enough to be a real “armrest”.

The interior ambient lighting was a very enjoyable discovery which makes nighttime driving a thrilling experience.

Kia designers have done a superb job on the visual comfort and appeal of the instrument cluster.  The fuel, car temperature, and hybrid battery gauges are lights instead of manual dials, which really makes a great impact and impression of high-tech!

why ruin a good thing Kia???  See my review of the 2017 Kia Sportage where I mention the same issue

Having dual temperature control is a great plus, and help avoid driver/passenger disagreements on long trips 🙂  The dials are a good size, nicely colored and smooth to turn.  Equally helpful in avoiding arguments is the Seat Memory feature, when it comes to multiple drivers.

The Start button is Sexy!  Equally sexy are the “Eco” and “Communication” paddles at the bottom of the steering wheels buttons.

The steering wheel has almost everything you would need for a hands-free drive.  Kia designers have done a good job of having safety in mind.

Finally, once you are comfortably situated in the cockpit, you can enjoy the thrilling ride with the soundtrack of your favorite tunes emanating crystal clear from the Infinity speakers throughout the interior

Now for the exciting features. 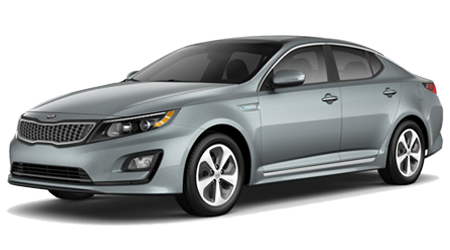 When I drew cars in my younger days, some of my favorite and most-proud-of designs looked like the 2016 Kia Optima, which is why I was very attracted to this model and ended up leasing one.

I can’t say enough good things about the 2016 Kia Optima.  It’s a sexy looking car, with great technology, exciting features, and overall, such great value for its price that makes Lexus and BMW owners think twice